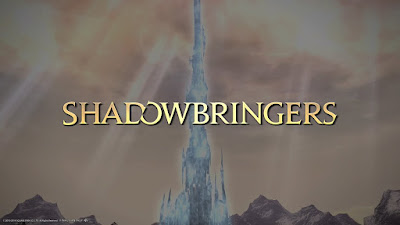 (The following review will not contain spoilers for the game being discussed. If you feel any information or images divulge information best left hidden, feel free to tell me on twitter @ Lyneriaa.)

I earned my first achievement, according to my trophy list, for Final Fantasy XIV on March 16, 2015. I had been recommended the game by some friends, with the odd promise that it was like no MMO I had played before. I had dabbled in WoW for a time and came away disappointed, and I initially didn't have my hopes for FFXIV either, particularly after the roughest of launches. How wrong I was.

That was four years ago, and to this day I have more time in FFXIV than almost any other multiplayer game. However, my initial expectations for the latest expansion were mixed. Coming off Stormblood, a subpar expansion with the cardinal sin of an uninteresting story(particularly when the story is widely considered FFXIV's best feature),  I was willing to hold off on my opinion until I had seen more.

With each trailer, my curiosity peaked. From the initial reveal trailer that showed the first new job(FFXIV's classes), the Gunbreaker, to the job actions trailer that blew my mind, I was getting more and more excited about what this expansion would- or could- bring to the table. Thanks to the early access that ends the night this review goes live, I've gotten to take in Shadowbringers in full.

Suffice to say, this is the expansion I had been dreaming of. 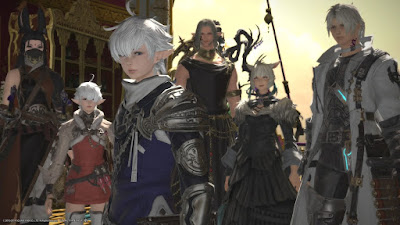 The first thing I noticed when I started the game was the music. The orchestral music that greeted me and the gorgeous background laid the framework for some of the best music Final Fantasy has ever had. Masayoshi Soken, the composer for the game, has outdone himself with the emotions conveyed through his work. From the ominous chanting of the Rak'tika Greatwood, to the heart-pounding boss theme, the music in this expansion holds nothing back, conveying emotion beautifully. Particularly near the end of the expansion, I can confidently say that Soken could very well be the next Nobuo Uematsu.

Not to be outdone, the story itself is also a vast improvement over Stormblood's awkward plot and pacing. Traveling to a world outside your own known as the first, the Warrior of Light(I.E you) is tasked with saving a world ruined by Light; After unfortunate circumstance leaves the world bathed in permanent light and beset by angel-like Sin Eaters, it falls to you to hunt the beings responsible and bring darkness back to the land. The general tone is much darker than that of the previous expansions. The people who inhabit the First are broken and defeated; the Sin Eater scourge is non-stop, and anyone who is struck down by them ultimately returns as a Sin Eater themselves, suffering a painful transformation in the process. From there, the story gets darker and darker, constantly making twists and turns I didn't expect. From the moment I began, to the moment the credits rolled and my Level 80 Ninja took a well-deserved rest, I had to know what happened next.

Little adjustments from past expansions also make a substantial impact. The manner with which you reply to people during cutscenes has a new interface, and there are more options to express your character's personality during them. This was one of my favorite parts of the expansion; I'm not a silent protagonist, I have a voice and opinions that I will share if I agree or do not agree. I truly felt a part of a world and that my character mattered in it, a feeling other MMOs failed to give me.

It also helps the new environments are expansive, unique, and gorgeous overall. On the highest settings, you're treated to visuals that always impress. Typically I try to fly around the larger maps, but I found it appealing in these areas to get a mount and just...enjoy the scenery. I took in the sights, helped out in FATEs(Spontaneous events that appear in the world), or maybe helped other players with their Main Story quests. This has some of the few expansive maps that I was glad were large, because the experiences that came with them cannot be repeated elsewhere.

That approach was applied to the dungeons as well. Each dungeon is well-designed with appropriate music for each- though I was always most excited about hearing the boss theme when we reached the end of them. I was also able to try out the 'Trust' system, where you are able to party up with NPCs from the Main Story to tackle the dungeons. As an alternative to the long DPS queues that usually happen in most MMOs, I like this system because while it gives solo players an opportunity to clear dungeons without waiting, it is also still more efficient to queue with other players, so you still have reason to play nice with others.

Finally, Dancer and Gunbreaker, the new jobs, are both unique in their kits with their own satisfying mechanics. Gunbreaker, a Gunblade-wielding tank job, brings a lot of damage to the role, culminating in very powerful single-target spell at level 80. It also has multiple combo actions that can be improved by loading cartridges into their weapon, with very explosive spell effects that are satisfying to land. Dancer, as the name implies, dances to perform various buffs and attack enemies. It also, before individual job buffs, has probably the strongest spell in the game that also buffs a party member of your choice. The utility and raw damage, not to mention the animations for the dances you can perform, make it a welcome addition to the lineup. 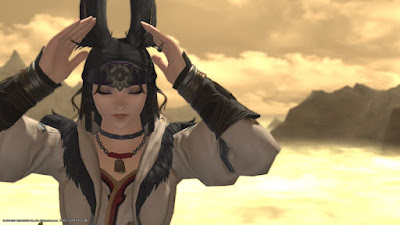 As soon as the final boss was defeated and the credits began to roll, it was 8 AM and I was dead tired, but that goes to show satisfying of an expansion Shadowbringers was. All of the elements outlined above- the music, the story, the gameplay- combine to a satisfying and well-crafted expansion. Five years later, I still cannot wait to see where else Square Enix will take this game. Still, there's an important question you've probably had:


Long answer? Yes, as soon as possible. This expansion was the cherry on top to one of the best- the best- MMO on the market. I've finished the main game, tried both new jobs, and made a dent in the post-game content- but I'm already salivating at the thought what the next major patch will bring. I was one of the many people who was not sold on the idea of another Final Fantasy MMO, especially after what FFXIV 1.0 initially was. But if I've learned anything over the past five years, it's that anything can be improved, if you care enough about it. Square Enix cares for this game, and that care was evident from the beginning to end.

When not perfecting her dance steps or wondering what in the holy hell happened during this game's final boss fight, Noelle 'Lyneriaa' Raine can be found definitley avoiding work on twitter @Lyneriaa.