What Keeps Drawing Me Back To The Sims? 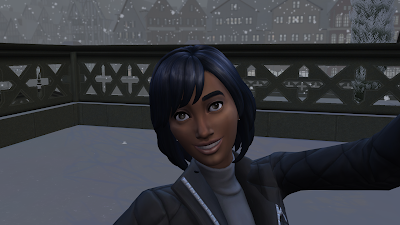 Twenty years ago, a quirky game about life called the Sims released on PC, and suddenly all of our real lives were that much more boring.

For twenty years, people have been living wild, adventurous lives that are both similar and different to the ones they live now. Vampires, aliens, and mermaids have been singing karaoke, becoming astronauts and falling in love with every kind of person imaginable. With more than six billion sims over 20 years, it's obvious how popular the Sims is as a franchise. What is certainly not obvious is what drove those people to make those Sims in the first place.

I'm not complaining or making slights on the series at all, for what it's worth. I've been playing since 2003, so I'm the last person to throw stones at a glass house with five billion in lifetime sales. But honestly, there isn't another game in the world that's this hard to explain exactly what about it keeps me coming back. I keep playing State of Decay 2 because it's fun to live out the zombie survival fantasy. I keep playing League of Legends because I have to always remind myself just how terrible humanity can be.

The Sims, however, doesn't have such a neat answer. If someone were to ask me what about doing things I already do in real life- or at least pretend to do, like cook a complete meal-  is so appealing, I don't think I could give them a straight answer. The best way I could describe it is that I don't really play to live out my life. I play it to live out the life I wish I could live.


I'm not referring to possible-but-not-likely scenarios, like being an astronaut or a secret agent; I mean live in a world where I could happily exist as a queer person. The Sims is the only series in the world where I can be a trans lesbian and not have to worry about how other people will react to it. That's a powerful draw in a world where 'not being transphobic' is still considered a political statement. What I thought was my excuse to live another life quickly became my escape to the world I wish I lived in.

Not only did it give me my escape from all of the harsh takes about people like me, but it also was where I could safely indulge in my earlier stirrings of being trans. There was definitely a moment  where, without realizing it, suddenly I was more interested in creating-  and playing as- female sims. Not only could I be a female sim, I could also still date and get married to women while I did so; before I could even put the words or thoughts to it, I was already toying with the idea of living as a different person, and that would have never happened without the Sims.


That freedom to explore who I was as a person without judgement was liberating in a way no other video game comes close. Sure, I can be a zombie slaying badass in State of Decay or a magical chameleon in League, but the Sims lets me be something I've wanted more than anything: myself. I can be me, without having to worry about how I'm being judged for it.

Not only could I be me, but I could play around with what it meant to be me in the first place.  I've never directly created myself until this article(I don't do that in any video game, to be honest; something about it always made me feel weird), but I could still try different clothes and looks and see what I thought would work with me. It's less of a game for me and more of an open canvas to look at myself, and figure out what I want and don't want to be.

That may not be as easy to explain as 'I like chainsawing stuff in Doom'(which I do!), but it isn't any less true. I keep coming back to the Sims because it lets me dream of a better world- one where the shadows of transphobia and racism don't darken my everyday life, and one where my identity can bloom again and again from the comfort of my own home. It's a unique and powerful draw that can only come from the Sims, which is all it has ever needed to do- let me be me, but just a little better.

When not making her digital Barbie dolls kiss and play dress-up, Natalie 'Lyneriaa' Raine can be found on Twitter @Lyneriaa
Posted by Natalie Raine at 7:59 PM