It's Shark Week in Valorant 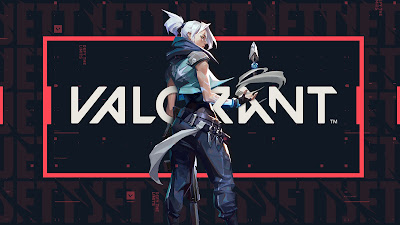 Valorant has finally launched after a month of people wringing their hands and salivating at the thought of a beta key. Now you and your friends can get thoroughly embarrassed by the CS:GO sharks with 20,000 hours. Because Riot's premiere new FPS launched without a ranked mode, there is a pretty clear skill imbalance of new players who are eager to try out another game from Riot against the aforementioned sharks and the results are...not pretty.

This isn't me using any hyperbole either; the scoreboards for most of the games I play are so skewed it's almost hilarious. One person will usually, consistently, wipe out most of the enemy team by themselves. Everyone else is still trying to figure out just why the recoil is so ridiculous(Here's a free tip for my fellow normies getting destroyed- pull your mouse down while you spray to counteract the gun's recoil) right before they are mercilessly one tapped. There have been some very fast matches that basically come down to which team has the better shark, and considering that the normal games end when your team reaches thirteen rounds won, that is an accomplishment.

Matchmaking right now is absolutely bonkers. Because everyone is starting around the same MMR- regardless of where they were in the beta- you are nigh guaranteed to get matched with someone in a different universe in terms of skill. I've had a lot of painful losses in the realm of 1-13 where someone from other team just streamrolled everyone involved. I've not had a single balanced game whatsoever, and I've played well over a dozen matches now.

Now, I want to be super clear, this will iron out in a week or two. With every match- or brutal defeat if we're being really honest- your internal MMR is being adjusted. But that won't exactly be quick. It's a little...worrisome if the game wants to keep some of the new players migrating from League of Legends or just wanting to see what all the fuss is about. Valorant is not an easy game by any stretch of the word. Until you learn how the recoil patterns work and how to adjust to each gun's unique jump, both of which will take you several dozen games to get the hang of it and many more before you become a master, you are going to get your shit kicked in pretty consistently.

That is not to say you shouldn't play. Valorant is a blast- it's more of a blast when playing with people relative to your skill, but it is a blast regardless. If it wasn't, I wouldn't put up with being flattened every game and the fact that Vanguard, its anti-cheating tool, might actively be crashing my computer whenever I play the game. There are annoyances, but they are not the kind of annoyances that will kill the game. They will be worked out, and what we will have when it's done is a much better game than when it started.

If you're still looking to give it a try- and I think you should!- definitely stick with Spike Rush for a while while you get used to the agents and the weapons. The games are much shorter- first to four wins rather than first to thirteen in the normal ones- and the loadouts are randomized, so everyone is, for the most part, on equal footing. You will get headshotted very quickly and very often, but when the stars align and you begin to adapt, I don't think there are more rewarding kills in any other game. The road over the coming week is going to be bumpy, infuriating, and definitely depressing, but stick with it! You might be terrible, but you won't be terrible forever.

When not losing horribly in Valorant, Natalie Raine can be found reminding you that black lives fucking matter on Twitter @Lyneriaa.
Posted by Natalie Raine at 3:15 AM