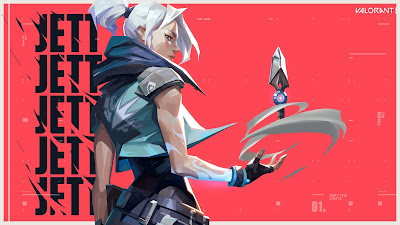 There's no way I could write this without starting with Cloud 9 White's absolute dominance during the series. C9 White(composed of MeL, Alexis, Annie Dro, Katsumi, Jazzyk1ns, and Keiti) was definitely the favorite going in, and they didn't disappoint, not dropping a single map over the course of the tourney. It wasn't until the 3rd round of the winner's bracket that C9 White even seemed to bleed, just barely managing to take down Moon Raccoons Black, despite MRB playing out of their minds the entire set. There was even a bit of spice during the post-game interviews(though it felt less 'we're better than everyone' and more 'I want everyone to be as good as us') where they acknowledge the fact that they were the best team competing, and I don't think there are any doubts about that with such a strong showing.

After C9 White, Moon Raccoons Black were definitely the other contender for grand finals; they were a plucky, unsigned team going up against famous orgs like Dignitas and Counter Logic Gaming and most importantly, they were good. If you watch any of the games from this series, MRB against C9W was an absolute nail-biter that went into double overtime on the first map, and then ending 13-11 on the second. No one else took C9 White so close to the edge, and even though they lost, they lost in the best way possible, with everyone cheering their names. It was the kind of prime time, edge-of-your-seat match that I can see really drawing more people into competitive Valorant. Seriously, someone needs to sign MRB.

But in an upset no one expected, Moon Raccoons Black actually weren't the ones in grand finals. That honor goes to CLG Red, and rightfully so! They aren't even a fully formed team at the moment; they entered with two substitute players(Chobo and Aniemal) and still absolutely popped off against the likes of Team SoloMid and MRB. Both of those matches were some of the best games of the series, and I have to give credit to their in-game leader, Benita, for both keeping her team cool under pressure and just being an absolute monster with the Operator. C9W might have still won the tourney, but with the way CLG Red put the entire scene on notice, I cannot wait to see how they perform once the team is solidified.

Even the smaller teams were putting up really good plays early in the series; Owa Owa and Man I Love Fwogs(Which is absolutely my favorite team because of the acronym and choice of animal mascot) were Twitch chat's fan favorites whenever they played, and it's not hard to imagine why. How often do you get to say 'I loved watching Owa Owa and MILF play today' in anything other than esports? Even though neither team won, I'd be very shocked if they didn't come out of this series with a sizable fan following, cheering them on in their next tournament appearance(One of those fans will, of course, be me).

While all of the teams, casters, and observers worked their asses off to put on the outstanding series I saw over the course of the weekend, one of my favorite parts of the event was- and honest to God, I cannot believe I'm saying this- the Twitch chat. Typically when I watch an esports program, Twitch chat gets closed ASAP. 99% of the time, it's a toxic pit of misogyny, racism and transphobia very thinly veiled behind Kappa faces and Pepe frogs. At its best, Twitch chat is an unreadable mess that distracts from the games being played. At its worst? 'Yikes' does not begin to describe it.

But unbelievably, for the first time ever, twitch chat was...enjoyable. There were lots of other women cheering for everyone playing their hearts out, and happily warding off any trolls who tried to derail the wonderful time everyone was having. And when the real bad eggs came in, the ones being the absolute worst human beings not unlike the ones I occasionally come across in game,  the Moderators were on it in a moment's notice. There were a lot of complaints from those misogynist fuckwits about the mods being too strict, but to be honest, I think they could have been even harsher.

There should absolutely be a rule against disingenuous arguments. Saying obviously ridiculous things like 'why isn't there a men's only tournament'(Because that would actually be sexist) or 'Mods aren't this strict when men play'(Because men aren't being targeted specifically because of their gender) are a distraction at best, and a complete derailing of the conversation at worst. Common sense means something different to everyone, but when you have a bot that regularly says things like 'Game Changers is not a separate woman's league'(Because, and I cannot stress this enough, the regular Valorant Champions Tour is already a mixed-gender league) and there are still people complaining that 'Women-only leagues only hurt esports', it's time to start swinging the ban hammer wildly and with abandon.

None of the people watching or talking in Twitch chat, the ones actively creating a type of environment that is actually friendly to women and queer people, were doing it to have to argue with bad faith actors about subjects that are not debatable. If someone comes into chat and tries to argue about why trans women are allowed to play or why there are no similar programs that uplift men(read: every other esport in every other game), fuck 'em. If they aren't willing to learn the basic information about why Game Changers is a necessity, then they don't get to watch. Women in esports should get to participate in them without constantly having to defend themselves, like they're always on trial for daring to be a part of it. If someone wants answers(and they never do, they just want to ruin the experience for someone), they can go get them somewhere else, so people can actually enjoy this showcase for all the women we never see kicking ass.

I know the moderators were trying their best, and when they were on it, they were kicking ass at it, quickly dunking on transphobes and other scum of the earth. But there were a few disgusting quotes that slid by on occasion, especially when the chat got really busy on Valorant's main Twitch channel. A lot of the interesting chat we got to have was ruined by the trolls and the folk who love to Just Ask Questions. I typically don't care what happens to Twitch chat because like I said earlier, it's usually a high-speed mess of messages that are posted and forgotten within seconds. But because of the bright spots and conversations I got to have with other girls about esports, I was genuinely sad when it had to switch to emote only to discourage trolls, because it showed that it doesn't have to be all misogynistic and transphobic doom and gloom. It is possible to have a fun environment where we all lose our fucking minds because someone casually hits shots like this.

Despite an on-and-off Twitch chat experience-which is still far better than the typical experience, I can't stress that enough- we absolutely need similar programs in other sports. So many other games will make copy-paste tweets about supporting women in gaming and leave it at that. Valorant is actually creating the environment I've been begging for as a woman who both loves esports and wants more people to see why it's a great way to further engage with video games you love. If it's handled well, I genuinely can't wait to see what impact it will have in the next few years.

Natalie Raine is rapidly running out of bumper quotes for these articles. If you'd like to suggest a few bangers for her, you can find her on Twitter @Witchybride.

Posted by Natalie Raine at 1:02 PM