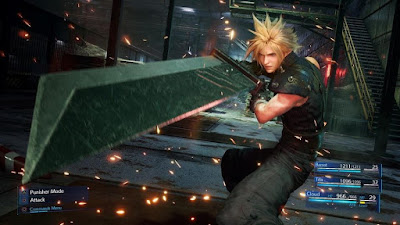 Can I confess to something that will probably lose me a few Cool Gamer Points? I've never finished the original Mario Bros.

I've played it before, yes, but I've never finished it. This isn't because of some hatred towards old Nintendo games or retro games as a whole; just that, as a little girl, these weren't really around in my family. The oldest game I have memory of is Earthworm Jim on the Genesis, and even then, it was very sparse. I wasn't really paying attention to video games until we bought a PlayStation One, and even then, my brother wasn't really interested in some of the more well-known titles like Final Fantasy VII or Symphony of the Night. It wasn't until I was ten or eleven with a PlayStation2 of my own that I started really figuring out what games I liked.

I really don't have memories of nostalgia for most retro games because I'm just too young, honestly. So while people were crying tears of joy when the Final Fantasy VII remake was announced, I could only give a resounding 'Nice.' Many of those people played the original, and seeing those characters in HD had to have been euphoric.

I didn't have those feelings. I was just too young to have played the game.

I'm in my mid-twenties now, but video games as we know them have been a thing for around forty years or so(Note: This is a soft estimate; I'm aware that there were games well before 1980). If we take the first five years of my life- where I was more interested being around my Mom than anything involving gaming- out of the equation, that's about twenty years of games that I wasn't able to experience in their prime.

I can only experience video games as someone who grew up with the more recent iterations of them. For me video games have, for the most part, always been 3D for example. I don't think that's a bad thing; my fondest memories growing up were watching my older brother platform in Spyro the Dragon, and then watching wide-eyed as he flipped around and solved puzzles in Tomb Raider. I might not have grown up with the names most people think of when it comes to retro video games, but I wouldn't trade my experiences for the world.

As I say this, I'm also aware that this same feeling of nostalgia for older games is also happening to me; I was moved to tears finishing Kingdom Hearts 3 for the first time earlier this year, but there were also a lot of people younger than me who, without the feeling of growing with those characters for nearly 20 years, didn't react the same way. Neither of our experiences are wrong, they are just different, and that is the disconnect between modern and retro gamers. 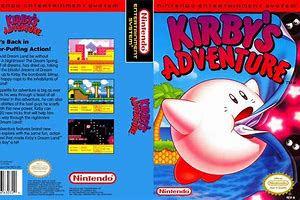 Last month, I experienced Kirby's Adventure for the first time, which was released in 1993, the year before I was born. I typically don't play most retro games outside of research purposes very often, but I kept coming back to Kirby's Adventure. Despite having never played a Kirby game and having minimal interest in the character up until that point, I was hooked. It's honestly become my favorite game on the NES. Part of that is because it is one of the unique games that, regardless of age, is simply fun to play. Even as a retro game, I could happily recommend it to anyone who would like to give the series a try.

While that game hooked me, other retro games have not; I was having so much fun that I wanted to finish it. I didn't have that feeling playing Super Mario Bros or Final Fantasy VII. I enjoyed them, and I understood why people loved them and why they made such an impact, but because I wasn't there to experience them in their heyday, I can only view them from the perspective I have: Someone who lives in a time where we're more interested in arguing about whether 4k matters(It doesn't! At all!) than whether Sega or Nintendo were better.

I don't regret any of the experiences I've had with more modern games. I've gotten to experience gorgeous narrative adventures that would have been mind blowing to even consider two decades ago. It's the differing experiences that make me enjoy gaming more- and should be celebrated.

Or, I guess we could just call each other means things on the internet. That works too.

When not penning critiques on the merit of experience and nostalgia, Noelle 'Lyneriaa' Raine can be found doing absolutely nothing on twitter @Lyneriaa.
Posted by Natalie Raine at 4:12 PM