Pretty Much Nothing Works In Gears 5 Right Now 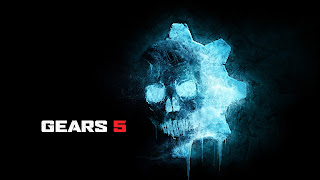 Pop Quiz: What is the worst thing that can happen during the launch of your progression-based online video game?

I would argue 'none of the game modes giving experience points'.

That's been my day since this afternoon playing Gears 5, an excellent addition to the series with what is also the worst microtransactions and customization in the series. It's a shame, because this game is very fun- when it works- and I can't wait for all of these issues to be resolved so I can enjoy it.

Unfortunately, the Coalition is pretty swamped with stability issues at the moment. Seriously, click that link and scroll. Damn near everything that could go wrong, has gone wrong. Random disconnects and instability,  inability to form a squad in-game, it's been Bad News roulette since this the game went into early access for Ultimate Edition owners. All of that pales in comparison however, to my experience this morning:

Imagine a young Noelle, waking up bright-eyed and bushy tailed, to play Gears 5, the latest entry in one of her favorite franchises. She starts the game and plays a few multiplayer matches...no experience points. Okay, weird, but bugs happen. I switch to Escape- Nope! No Experience points again! That should have been my warning. I should have stopped there. But I was having fun, so I decided to play Horde.

After having a swell time as Sarah Goddamned Connor from the Terminator series, and about an hour or so's worth of Swarm smashing...you guessed it.

No experience points at all.

And I'm not the only one. Currently, nothing gives experience points. None of the challenges for the hilariously grindy Tour of Duty(read: Battle Pass) are tracking the challenges. I play video games for fun, but it's mildly infuriating committing an hour or more to Horde and getting absolutely nothing at all. And I got the Ultimate Edition from the Game Pass- remember, to get into this early access, you had to pay an extra $20. That's $80 for the privilege of a game that isn't working as it should.

Oh, and because life is a comedy, the microtransactions work fine. Including the XP Boosts. You know, that you currently cannot receive. You can, right now, spend real money on an XP boost that will not do anything. If you'd like to get in on this clown fiesta, you can subscribe to the game pass for $2 right now.

EDIT 9:02PM: Good news! Progression is 'saved, but delayed.' Also, *be very wary of the replies.* Some people have posted spoilers.

When not complaining about a game she will ultimately still play, Noelle 'Lyneriaa' Raine can be found trying to find out where the Coalition's developers have gone on twitter @ Lyneriaa.

Posted by Natalie Raine at 7:33 PM