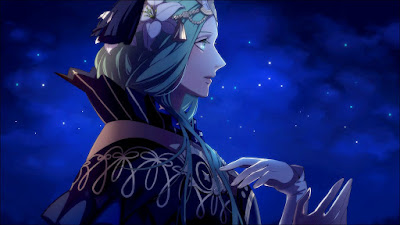 To be a Fire Emblem fan in 2019 is to be torn between two worlds.

To some, the series is defined by the turn based combat that birthed it; the intricate strategies that come from using the right weapon or spell and coming out the victor in a hard fought battle. To others, the series has evolved beyond just being about combat; it has become about getting to know your allies and creating lasting friendships and relationships between them, about them becoming people, rather than arbitrary faces and sprites. These are the sides the fandom is pulled to with every subsequent release. Each game in the past few years has leaned towards one more than the other. Three Houses, however, is something different.

Fire Emblem: Three Houses is for everyone. 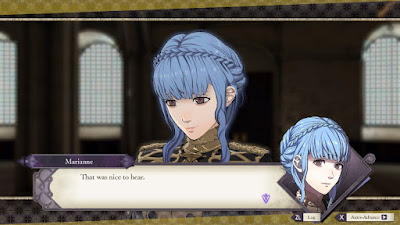 After the opening cinematic, you are introduced to Byleth, the protagonist for Three Houses. Byleth is chosen to be a professor at Garreg Mach, a monastery in the mountains for both nobles and commoners. Here, you'll instruct your students in everything from weaponry to flying pegasi and wyverns, meet with other teachers and learn skills from them, and various other activities. There is so much to do and only so much time in the day(though you can perform more activities the higher your Professor rating) that managing your daylight hours is very important. Do you share a meal with your students and improve their motivation to learn? Do you sing with them in the cathedral to help bolster their Faith? Maybe unwind with a tea party? How you spend your time bonding with your students will decide how thoroughly you can teach them, which in turn means how effective they are in combat.

A big boon to this is that the cast is the most lovable I've come across in the Fire Emblem series. Regardless of which of the three main houses you decide to teach, you can socialize with everyone, even recruit them to yours if your skills match theirs. To get as close to them as you can, you can give them flowers(that you grow in the monastery's greenhouse), but they will appreciate gifts that match their personal tastes much more. Marianne is shy and quiet, but she loves tending to Garreg Mach's animals, so stuffed bears are a great gift. Dorothea is a former opera singer, so she is sure to appreciate a book of sheet music.

Learning each character's individual tastes and personalities was like making new friends- it takes time, but they always appreciate it when you do. Even characters I hated I grew soft spots for- Lorenz is one of those people who DMs girls 'hello' and immediately calls them a bitch when they don't return his advances- but he also tells shy Marianne that she is perfect just the way she is, which is the nicest thing anyone has ever told her. Leonie is dead set on being better than me in every way, because she doesn't believe I'm worthy of being the child of a great mercenary; but she also works harder than anyone in my class and wants to make her idol proud. This is what happens when characters are written well; they come off as people, and I genuinely care about them all. I want them all to succeed, whether they come from noble or common backgrounds. 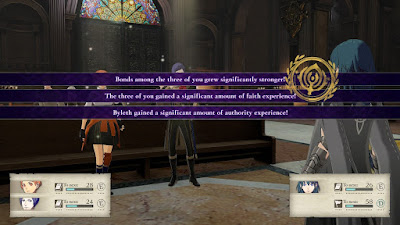 Despite how much I enjoyed getting to know my students, I also knew I had a duty to prepare them for the dangerous lives they would lead when they graduated. The turn-based combat has been both simplified and polished; the weapon triangle and Trinity of magic, the 'golden rule' of the fire emblem series that every weapon and spell is both strong against some weapons and weak against others, is gone entirely. Magic has been overhauled completely; it is no longer equipped like a weapon, but rather learned innately and its uses automatically refresh between battles. It's also very strong- a high level mage might not have much defense, but they can tear through entire armies if they are given room to breathe.

Units are also capable of both Weapon Arts and Gambits to help turn the tide of battle. Weapon arts are powerful attacks with various effects, but they also don't allow follow-up attacks and cause weapons to break faster. Gambits require you to equip a Battalion and have limited uses, but also let you root enemies in place or deal massive damage to monsters, dangerous and large enemies with more than one health bar. I was able to progress fairly comfortably focusing on mostly weapon arts when I could spare the durability, but gambits still certainly have uses.

What's most interesting about battles now is that, by making me care about my students, it also made my care about the outcome of these battles. Every time someone's health dipped or a reinforcement flanked me, my heartbeat began to quicken. The thought of one of these people dying after I learned so much about them was, to be frank, terrifying, but that is eased by one very big mechanic that is new to Three Houses: The Divine Pulse. At any point during a battle, you can rewind time to a  previous point, from the last turn to the beginning of the battle. This begins at two uses, but can be increased as the game progresses. Tactically, this let me try out different strategies to see what worked out best, and let me learn more about what my units' strengths and weaknesses were. The social aspects were my favorite, but I was never tired of the frontline battles. 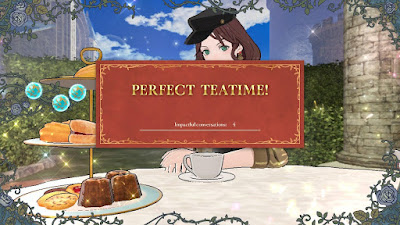 To be honest, Fire Emblem: Three Houses was why I purchased my Switch. I avoided every bit of information revealed to be as surprised as possible when I experienced the full game. From the perspective of someone who enjoys the combat, Three Houses trims fat and polishes what works. Magic is more fun than ever, and being able to fine tune everyone's individual classes will give die-hards something to do for hundreds of hours. If you enjoy the social aspects, you get a well-rounded cast of lovable characters that feel like people, and you are rewarded well for learning more about them and their individual personalities. Even characters that are hard to like win you over in the end. Still, a questions needs to be asked:

Long answer: Yes, it's highly recommended. Three Houses is a game for everyone, even if you've never played Fire Emblem games before. If you are looking for deep, rewarding turn-based combat that is bolstered by player freedom in deciding every individual unit's class, Three Houses is solid step-up for Fire Emblem's combat. If you love befriending and romancing varied and interesting characters,  Three Houses has a cast of men and woman with their own goals and aspirations, and I was smiling every second I spent with them.

Three Houses is a strong contender for game of the year, and I can't recommend it enough.

When not embarrassing herself during tea parties, Noelle 'Lyneriaa' Raine can be found discussing the ethical treatment of giant reptiles on Twitter @Lyneriaa.
Posted by Natalie Raine at 4:40 PM