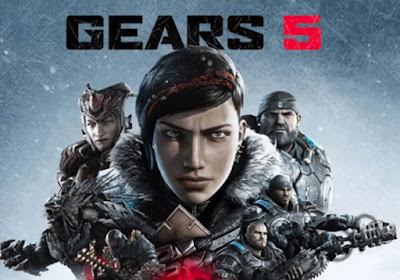 I'll always have fond memories of the Gears of War series.

I have more combined hours in Gears 2, 3 and 4 than in any other franchise. It's probably one of my favorite competitive multiplayer franchises. With that in mind, I should love this game. And I think I do? The story is satisfying, and reveals lore that has been hinted at since the first game. The fast-paced multiplayer is also the best its ever been. Again, I should love this game. And I think part of the game wants to love me, when it isn't begging me to reach into my wallet.

I'd like to get this out of the way right now before we get into the details of why this game's mircotransactions are disgusting. Gears 5, as a game, is phenomenal. Graphically, with all of the settings set to max, the environments are beautiful and silky smooth at 60 FPS. Sliding a skiff across a frozen lake, and then later shooting that lake to drown enemies was thrilling. It's one of those games that would greatly benefit from a photo mode, even if it were only used to document the weather effects and abandoned buildings lost to the Locust horde. Even if I've never cared much for pretty scenery in my games- As long as it's fun to play and the story is good, I'm easily satisfied- I'm glad to see we're still willing to push consoles to their limit, even at the end of a console life cycle.

Speaking of the story, the campaign in Gears 5 is the best in the series, hands down, because of how it willingly embraces being different. Previous games tended to follow a linear beat: Walk in this direction, get ambushed, walk again, have your robot friend open a door while you're ambushed again. Gears 5 takes those conventions and curb stomps them- ironically, considering you can't do that in this game, but we'll get to that later. 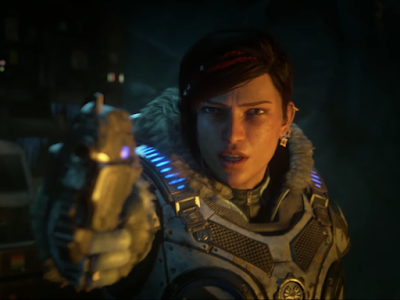 If there is one thing I will praise this game to the heavens for, it is fully aware that change is good. At its core, it is still a Gears of War game;  you're still taking cover and popping the heads of an assortment of humanoid monsters. But it's also willing to adapt. I was taken aback when I saw the open and explorable arctic map in the second chapter. Not only that, there were side quests! Side quests you could find on a map! What seems common in other games is alien in Gears, but it does work very well. I really hope they keep up with the open world theme in other games.

Even the multiplayer has been updated to be more in line with the current market. There are still the classic playlists with the classic game modes like Team Deathmatch and Guardian, but there is also an Arcade mode. A Frankenstein's bride of CS:GO and Overwatch, kills and assists are styled as 'eliminations'; earn enough of them, and they can be spent on stronger weapons. Each character has their own loadout and Ultimate ability, and they're...hit or miss. The mode itself is a blast- and after so many years of only using the Gnasher, variety is the spice of life- but the abilities themselves could be more unique.

I hope I'm being clear: this is a fun game. At it's core, this is a fun Gears game I'm glad I got to play. But....it's also changed for the worse in a few ways.

Most annoyingly, this game has the worst loot system I've ever experienced in a video game. The Battle Pass is designed in a thin layer of paint as a 'Tour of Duty', and you advance it by doing daily challenges. Absolutely nothing in it is worth the grind that it would take to get to the end. None of the weapon or character skins are visually interesting, and it's also filled with junk to clog up the rewards like execution sprays(which I have, not once, ever noticed in a game, since most people aren't going for lengthy executions in a fast-paced game) and small icons that display next to your name. I understand that every game is eager to cannibalize Fortnite's body, but it's been done so much better by so many other games, and this is not one of them.

The crafting system for unlocking specific things is also terrible and confusing. As you play, you get supply drops, which give you random items- but mostly just more execution sprays and icons. If you get a duplicate, it gives you scrap, which you use to unlock your content of choice. If you want one of those absolutely dope pride flags(And they have so many!) as your banner, you'll need 100 scrap. Good luck! It will take you ages of getting RNG garbage before you even make a dent in that. I'm a little over level 50, and I've yet to earn enough scrap to unlock anything. The only reason I got those pride flags is because the Coalition gave everyone 500 scrap as an apology for their servers being on fire, which I already talked about. 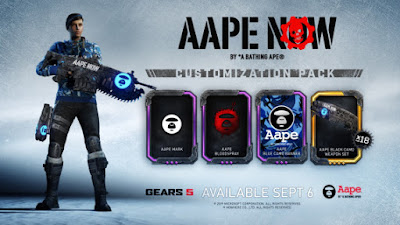 I could almost forgive all of that if it also wasn't soulless with its marketing. For $20, you can deck Kait Diaz, the main protagonist and probably my favorite character in the series after Alicia Valera, in a Bathing Apes hoodie. It also comes with all of the aforementioned junk like sprays and marks designed with the Bathing Apes logo. Congratulations! You spent $60 for the opportunity to spend a further $20 dollars to be in-game product placement! Capitalism!

Speaking of the customization, just as the microtransactions feel soulless, so too do the in-game characters. It's hard to believe this is a Gears of War game without Cole, Baird and Dom as playable characters- all of which have been main characters in previous games and playable in every Gears game thus far. In their place we have more product placement in the form of guest characters from Terminator: Dark Fate(To be fair, Linda Hamilton recording original voice lines is really cool, and if it had been limited to just her it would have been easier to swallow), and for reasons I will never fully understand, Emile and Kat from Halo: Reach. Why do we need these guest characters when we have a franchise full of memorable characters? Was it worth leaving behind series mainstays like Anya and Hoffman so that we could play characters from a game that came out almost a decade ago? It's more product placement to drum up interest in Halo- it has Microsoft's sticky fingers written all over it.

That's what this game is- product placement. Product placement for movies, video games and clothing brands at the expense of one of the most influential franchises in gaming. That's why this game is soulless- a stumbling corpse from the likes of Raccoon City. it's been gutted from the inside and filled with logos and brand deals so it can treat it's customers like walking piggy banks. It doesn't even have the decency to have good items in its cash shop- just the same junk you've already been trying to avoid. And the worst part is that in order to give us these microtransactions, they've also gutted content the game desperately needs. It doesn't need guest characters and it doesn't need advertisements. It needs more Gears of War.

Should you play Gears 5?

Short answer: Yes, if you really want to.

Long answer: Eventually. Not in its current state. When this game has real content, it'll be a showstopper. Right now, it's barren. Your favorite characters in the franchise have been left behind to make room for Spartans and Terminators. Medals that you used to unlock through gameplay for titles, emblems, and weapon skins have been scrapped so that you could be charged nickels and dimes for junk you won't ever use or ever care about. It's truly a disappointment, because underneath all the grease and greed is the best Gears of War game ever made. It's a shame it's more interested in bleeding you dry than leaving you satisfied.

When not beating off this game's microtransactions with a stick, Noelle 'Lyneriaa' Raine can be found doing...something of note on twitter. @Lyneriaa.

Posted by Natalie Raine at 4:05 AM