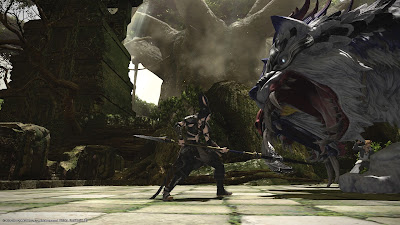 First, the elephant in the room.

I hate the term Dad Build, especially as an insult. First because it assumes that the only people who don't have time to spend hundreds of hours playing are dads, and because it's basically another term that promotes division between people who are 'hardcore' and 'casual' gamers. It should be something more honest, like 'Direct Builds' because they get you directly to a comfortable place to experience what a game has to offer. But if Dad Build is what we're sticking with, I'll work with it.

Final Fantasy XIV is definitely one of those games that is worth the hundreds of hours you'll spend in it, and the recent expansion is incredible. But of course, you have to play through the rest of the MMO to get that far, and that is where the turn off is for most people. Thankfully, there are some very direct ways- or Dad-like if you prefer- to get to the endgame and be an effective raider when you get there. First, let's establish the three core criteria from PC gamer:


This build is gonna follow these rules, starting with some easy ways to set yourself up for success. 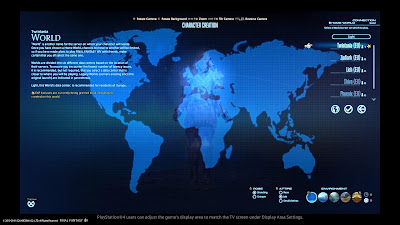 If you aren't playing with friends, don't worry, you'll make some playing FFXIV. That said, when selecting your own servers, find the one marked with a star next to it. These are 'preferred' servers- they will give you double XP up to level 70 on everything: Quests, Dungeons, Dailies, everything that gives XP will cut your time to reach the latest expansion in half. Dailies especially will sometimes give you two entire levels in certain instances. 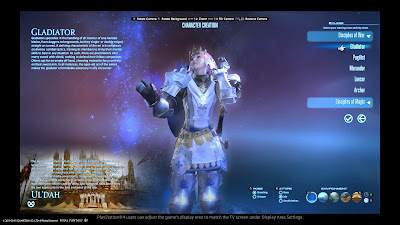 Tanks are a Dad's best friend for many reasons. First, just like real life, you are saddled with the responsibilities of caring for up to seven other people who are likely to jump off a cliff if you aren't looking at them at all times. Secondly, tanks get nearly instant Dungeon and Raid queues most of the time, so no sitting around playing on your phone while you wait for people to join you. Most of the time, they also get a special bonus called 'adventurer-in-need', which gives extra XP...that is also doubled by your preferred server bonus. So not only will you queue fast, but you will level fast.

I also recommend playing as the Gladiator, not only because it matches up with your 'Dad protecting idiots' aesthetic, but because they become Paladins, who are easy to pick up and play, have both strong defensive and healing options, and a powerful damage spell at the end game. You also start in Ul'dah, which is much easier to explore and discover quests in compared to the newbie nightmare that is Limsa Lominsa, where the other tank class starts.

3. Go for the Collector's Edition of Shadowbringers.If you've got the scratch and are really interested in FFXIV, I strongly recommend you get the collector's edition of Shadowbringers. It comes with a pair of in-game earrings that increase your xp gained by 30% until you hit level 70, right before the last expansion. While this does not stack with the preferred server bonus, that 30% still adds up, and the best part is it will always give you good stats relative to your level until level 70.

4. Skip the side quests

If you're on the preferred server and playing as a tank, you will be swimming in XP. You can actually just do the main story quests and ignore side quests all together. This is also great because it lets you take in the story at your own pace, because you'll always be getting more than enough XP to justify learning more about the events transpiring in Eorzea.

5. If you can't do anything, do your dailies. 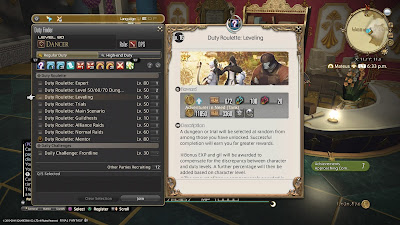 I can't stress this enough, especially if you only have a few hours a day to play. Always do your roulettes, the term for dailies in this game, especially the leveling roulette. With that preferred server bonus, you get twice the amount of XP from that roulette, and an extra chunk of double XP from the adventurer in need bonus, which will almost always be a guaranteed level, even when you're nearing the end of the base game. If you're just doing leveling roulette and MSQ, you'll be progressing at a solid pace towards the endgame.

Free Companies, or guilds, are very...aggressive in their advertising sometimes, but don't let the opportunity go to waste. Not only will you find other people to play with, but they too can give additional XP buffs. Not to mention the game is much more fun playing with friends- especially ones who play healer. 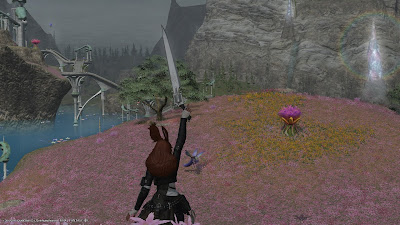 Do not let the stars in your eyes for Shadowbringers cloud the road you take to get there. The base game and first two expansions are very fun, with some of the most satisfying boss design and music in the series. You'll be well on your way to Shadowbiringers following this guide, but don't forget to stop and smell the digital roses. Spend some time in the Gold Saucer. Take screenshots on the beach with your friends. It's a Final Fantasy game through and through, but it's also a game. Dad or not, have fun with it!

If you follow these steps, not only will you get to Shadowbringers and its fun endgame in record time, you'll be there with a high-end tank, friends to queue with, and all of your free time and dadly responsibilities in one piece.

When not making gamers out of dads, Noelle 'Lyneriaa' Raine can be found curbing her own enthusiasm on twitter @Lyneriaa.
Posted by Natalie Raine at 7:14 PM