How FFXIV's Dancer Led Me To YouTube's Most Immortal Pop Song 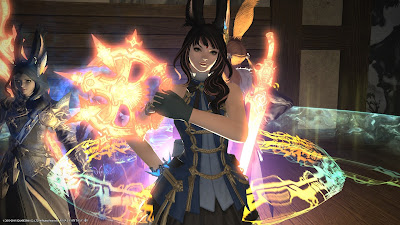 It started with needing another track to dance to.

With Gunbreaker at level 71 and ready to tackle the new dungeons in Shadowbringers, it was time for me to turn my attention to Dancer. While GNB was a bombastic display of swordplay that would make Squall proud, Dancer was a much simpler affair- Hit the dance steps when the cooldown is up, do good damage and buff a party member of your choice. It was simple and fun, but sometimes dull, especially through nonstop runs of Heaven-On-High, the most efficient way to level from 60-70. So I did what I always do when its time to grind in a video game: I turned on music.

I started with some of my favorite songs in video game music: Last Surprise and Reach Out To The Truth from Persona made great warm-up tracks. If I started to fall asleep, it was time for Bad Boy by Red Velvet, and because I will take any excuse to involve that song in my life. The energy those songs provided made a great pick-me-up as I turned the dungeon's boss, a towering beast named Hiruko, into minced meat over and over. The fan-favorite became Fly Me to The Moon from Bayonetta; it was the perfect balance of danceable, singable, and overall fun to listen to. It was on one of those dungeon runs, I paused to change the song. Something unfamiliar- outside of the typical criticism of pop culture that flood my sidebar- was a different song I had never heard of before. It was certainly popular, with nearly ten million views. Wanting a little variety, I gave it a try. It was 'Plastic Love' by Mariya Takeuchi.

This was definitley a pop track, but not one I had heard before. It conjured images of late nights and neon lights. I had to hear it again. And again. And again. It was City Pop, a vintage genre of 80's Japan; a product of early investments into technology, evolving into literally the sound of the city. This was my token Dancer theme as I grinded out levels. This was my character's theme song. I had to know more.

With a little bit of research, I learned more about the artist, the song, and the memes that followed. Not only was this woman a pop star in the early 80's, she was a big one: Since 1984, nine of her eleven albums were number one on the charts, the other two going number three. She was, to put a point to it, Japan's queen of pop, and it shows through the quality of her music, and the fanbase that continued to support her.

Can you blame them? If this was one of the first songs I heard from someone, I would have bought every one of her albums too.

And to think, despite the fact that it's been deleted time and time again, I only found it because I needed new music to grind in FFIXV to. If I hadn't felt the urge to play music from Bayonetta while I danced my heels off, I would have never found- honestly!- one of the best songs I've ever heard. Noisey describe it as the best pop song of all time, and I think I agree.

In the description of the latest version, despite YouTube insisting there be no fun allowed, it states very plainly, do not delete. It's held firm since last year, and I hope it stays. Everyone should get to hear Plastic Love. In video game terms, it's just like bugs in Bethesda games, or fan service in Dead or Alive: Plastic Love is eternal. 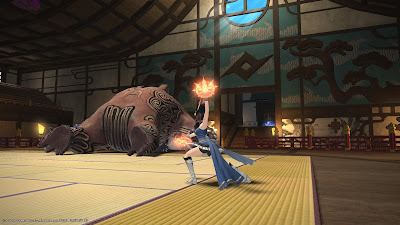 When not interrupting her gaming time by jumping out of her chair and dancing, Noelle 'Lyneriaa' Raine can be found telling everyone about this meme she was late to the party for on twitter @Lyneriaa.

Posted by Natalie Raine at 4:19 AM